The challenge was set by STEMworks, a not for profit company that works with schools and other organisations promoting STEM skills, and NATS, a global leader in air traffic control and airport performance.

Students were divided into teams, competing against each other for the 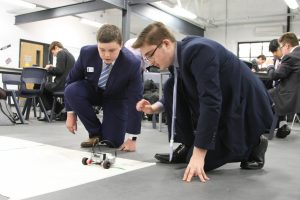 chance to take part in the final of a competition at this year’s Royal International Air Tattoo (RIAT) in July.

RIAT is the world’s largest military airshow, held at RAF Fairford. Winning students from the challenge at UTC Swindon will compete in the Techno Zone tent in another engineering challenge against students from other schools.

Chris Vaughan and Lior Matzkin, Graduate Engineers, began the day with an introduction to NATS, global leaders in air traffic control and performance. They inspired students by explaining the roles of Air Traffic Controllers and Systems Engineers, talking through the routes they took to get to where they are now and highlighting the challenges and opportunities faced as an engineer. 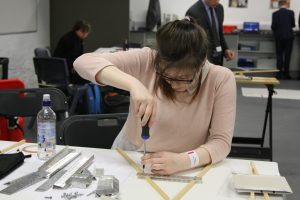 Simon Kettle, STEMworks, then introduced the challenge. In teams of five, students were tasked with designing and building a tower to enable them to send a message by raising a flag and using a flashing light. These had to be triggered by a robot, which they were required to program.

Lior Matzkin, Graduate Systems Engineer at NATS, commented: “This challenge allowed UTC Swindon students to apply hands-on skills and experience the typical lifecycle of an engineering project: to design, manufacture and test a product while meeting a set of functional requirements. The students displayed an entrepreneurial attitude, great teamwork and their designs showed a great degree of ingenuity. This showed us that UTC Swindon students are developing the right qualities and skills for a future career in engineering.”

Engineer at NATS, added: “The students’ enthusiasm for working as a team to complete the challenge demonstrated both their engineering ability and the softer skills required to succeed in Science, Technology and Engineering fields. All teams succeeded in building their tower and a fully working LEGO robot, they should be very proud of their collective achievements. We very much are looking forward to working with the winning team chosen to represent UTC Swindon at the RIAT STEM Works event on Saturday 15th July.”

STEMworks, said: “The Royal International Air Tatoo education outreach team were delighted to work with the aspiring engineers at Swindon UTC. The young people were given the opportunity to work in teams on a real engineering problem. Their designs were varied as well as creative. They made a communications tower to send a secret message, all triggered by a robot. The teams were supported by two graduate engineers from NATS who spoke to the students about their roles in air traffic control before mentoring the teams.

“We were really impressed with the students’ teamwork, determination and problem solving skills and are confident they will make brilliant engineers in the future.”

Congratulations to the winning students, Adam Pike, Finley Belcher, Ziemowit Jozefowski, Harrison White and Cade Oldland – we look forward to seeing how they get on in July. 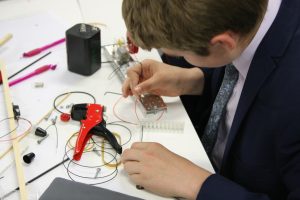 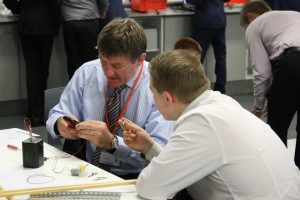 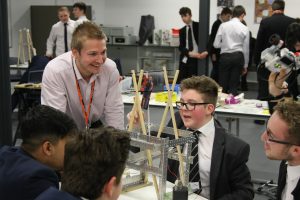 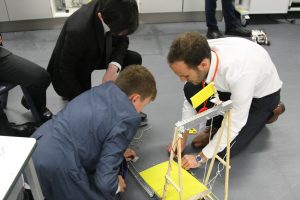