We are always delighted to hear about our students’ achievements through extra-curricular activities they take part in outside the school day. Here are two examples of student success stories from this term: 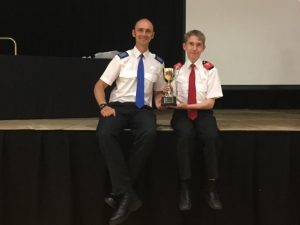 UTC Swindon student Fin Dyer has been a Police Cadet for two and a half years, which he attends once or twice a week.

Throughout his time with Police Cadets, Fin has learnt some excellent skills including first aid, radio and emergency controls, public speaking, drill and team building. He has achieved his Level 1 ASDAN certificate, which required extensive volunteering including events and door-to-door calls with the police.

Fin recently attended the Wiltshire Police Cadet Awards and is pictured here receiving a cup which was awarded to Swindon Volunteer Police Cadets for Cadet Unit of the Year. Well done Fin! 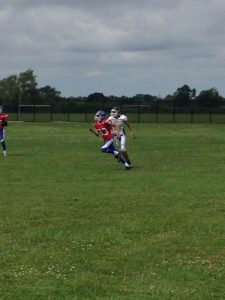 Lewis has been playing the sport since he was 14 years old and plays in a defence position. He has recently taken part in two tournaments including on 24 June against two teams, one from Cobham and another from Farneham, when Swindon Storm won their first game.

Two weeks prior to this, they played in a tournament in Brighton and won overall – congratulations Lewis!