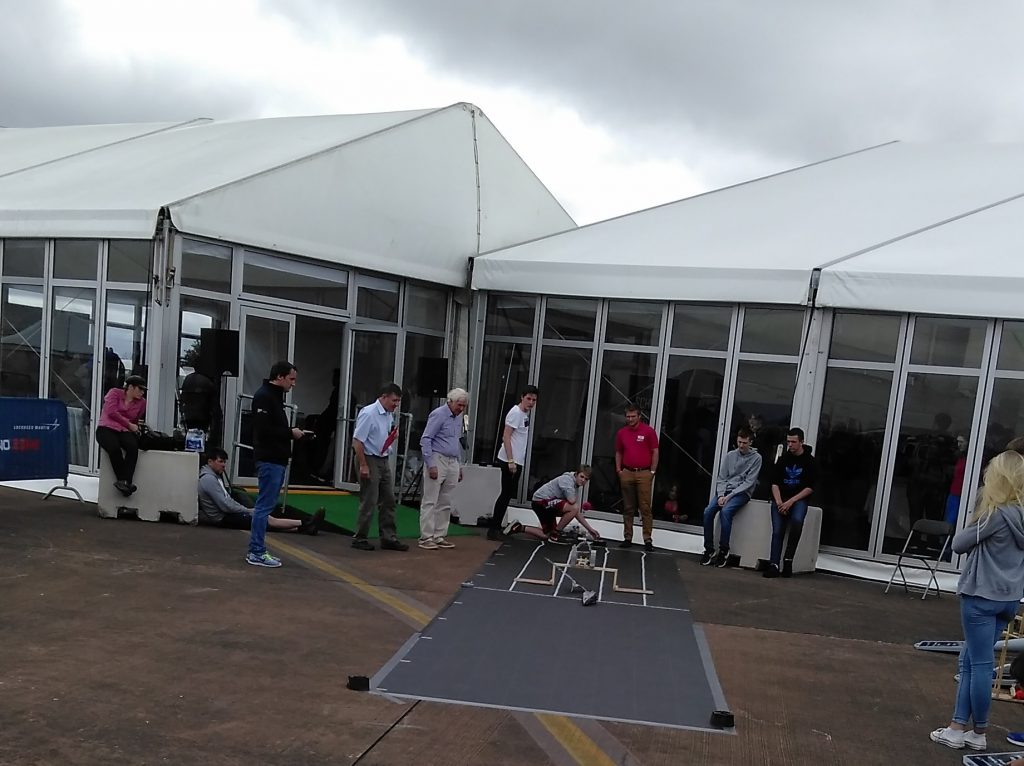 A group of UTC Swindon students competed against eight other schools in an engineering challenge at this year’s Royal International Air Tattoo (RIAT).

The competition followed a visit to the UTC by STEMworks and NATS in May, tasking students with designing and building a tower to enable them to send a message by raising a flag and using a flashing light. These had to be triggered by a robot, which they were required to program. The winning team was selected to compete against other schools in the final at RIAT in the Techno Zone.

Winning students Adam Pike, Finley Belcher, Ziemowit Jozefowski and Cade Oldland took part in the competition at RIAT on Saturday 15 July. Following an initial briefing, they were given three and a half hours to complete the challenge before testing and modifying in the afternoon.

The students were required to make a compressed air powered vehicle that would travel as fast as possible along a 10 metre track. When reaching the end of the track, it had to trigger a device to launch an object onto a target. Teams were briefed before the competition day with guidance on areas to research, giving them time to prepare.

Congratulations to our students who were awarded third place at the end of the competition.

Tony Jordan, UTC Swindon’s Subject Lead for Engineering, commented: “The competition was a fantastic opportunity for our students to work with graduate engineers from a wide range of specialisms, particularly as the industries associated with the graduates are actually at the air show. It showcases the need for engineers at all levels of the aerospace sector.”