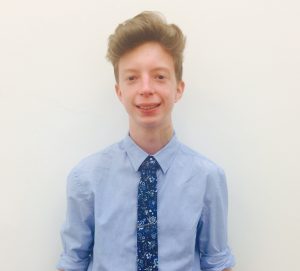 UTC Swindon student, James Goodchild, will be completing an apprenticeship with BMW after the summer.

After completing an application form, James was required to do some online tests and attend an assessment day. Two weeks later, he was invited to a final interview which included a presentation he had prepared in advance, and he was offered the apprenticeship the following day.

James said: “I decided this was something I wanted to do when I was about 14 or 15 – I like the idea of getting hands-on work experience rather than paying so much for university and not being able to do as much of the practical side. I think it will set me up well for an engineering career.

“I did work experience with BMW a while ago, which I really enjoyed. I got to work with the apprentices then so that helped me decide I was interested in doing an apprenticeship.”

James will be completing a Toolmaker Apprenticeship, which will consist of making and building things that help people working on the assembly line. He will also get some experience of the design process.

James said: “If it goes well I’d like to stay on at BMW after the apprenticeship. I’d like to progress to a different career in the future, for example I really like the sound of future designing.

“It would be really good if I could work my way up to designing concepts and prototypes, or maybe working with a team on the assembly line, but whatever I do I will definitely be staying within the engineering field.”

Explaining why he joined UTC Swindon, James commented: “I decided to leave my old school because I wanted to do something different and was attracted to the engineering focus at UTC Swindon. I really enjoy it here and the workshop and facilities are amazing.”

Speaking about how coming to the school has helped him prepare for his future, James continued: “Coming to UTC Swindon definitely helped me with getting the apprenticeship. I’ve become so much more confident since I joined, which is partly down to the fact that I decided to move to a new school and meet new people. The teachers are also more personal and treat us like adults, so you feel that you can ask them about anything and they’ll help you.”