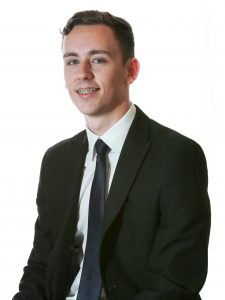 Year 12 student Ben Rickards had a fantastic two weeks of work experience with Torin-Sifan this term.

Torin-Sifan was suggested as a suitable placement for Ben due to his passion and enthusiasm for mechanical and electrical engineering. He was looking forward to the chance to broaden his understanding of the engineering workplace and improving his practical skillset.

Speaking about his first day, Ben commented: “As to be expected, on my first day I was somewhat nervous about my placement as I wasn’t sure about what I was going to be doing or whether I would enjoy the duration of my time at Torin-Sifan. When I arrived on Monday, every employee that I had spoken to was extremely welcoming and showed an interest in the reasons for my placement. This was very reassuring knowing that I would feel comfortable in a new environment.”

On Ben’s first day, he was given an in-depth tour of Torin-Sifan’s facilities, including an impressive workshop with a vast amount of machinery being used to manufacture, assemble and test products. Following his tour, Ben’s first task was to research Torin-Sifan and Volution Group to expand his knowledge of the companies.

Throughout the rest of his first week, Ben worked with a member of staff on various tasks including testing the performance of one of the company’s fans. Ben said: “We looked at measuring the static pressure, current, airflow, speed and the input power. I was familiar with the tachometer but apart from this, all of the equipment and concepts were new to me. Due to my lack of experience of doing tests like this, Jerry walked me through the various steps that were needed to obtain the data. We noticed that there may have been a power drop when the tank reached 30 Pa of static pressure. This led us to test a different motor to observe whether the power drop was apparent over multiple units.

“I more or less carried out this second test individually as I was confident enough after the first test. I enjoyed this task as I was able to go from having very little idea about the test to be able to carry out the performance analysis on my own.

“Throughout my first week I also did an inspection of two products. This involved disassembling the products and taking pictures of the bearings and shafts. These photos were used to write up a report about any problems with the two products. Some faults I found included dust/debris in the product, rusting on the shaft and bearings that had been locked onto the shaft.”

During the second week of his placement, Ben continued some of his testing from the previous week before testing a different model, plotting results on graphs to compare to previous data. He then went on to test another product slightly differently: “This time was slightly different as I used an oscilloscope and the principles of pulse width modulation (PWM) to help me obtain a set of results. From taking electronics and physics at UTC Swindon, I was very aware of the concept of PWM and how to use an oscilloscope. This made the test a lot easier even though the tachometer and the AC supply had been eliminated.

“The biggest challenge was finding out how to acquire the speed of the motor since I did not have a tachometer. I came to the conclusion that I could use the oscilloscope to read the frequency (Hz) and then convert this reading from hertz to rpm. I did this by multiplying the frequency of the wave by 60, as I know that the frequency is the rate per second of a vibration constituting a wave. Then, I divided this value by 2, as the tachometer would have produced two pulses. This gave me the speed of the motor in rpm.”

To summarise his experience, Ben said: “Overall, I have thoroughly enjoyed my time at Torin-Sifan. My placement has allowed me to take a lot of theory that I have learnt whilst I have been at UTC Swindon and given it a practical application. Over the past two weeks, I feel like I have always had something to be doing, which is positive for me as I know that I have got the most out of my placement. Not only have I built upon existing skills, but I have also learnt a lot of new skills which I will be able to take into a work or college environment.

“Thank you to Torin-Sifan for accommodating my two-week placement and for giving me the opportunity to excel my education. A special thanks to Martin for making my placement possible and for structuring a very successful experience. And also to Simon, Jerry and Fraser for taking time out of their normal working day to ensure that I made the most out of my time here. I hope in the future I have the opportunity to return to Torin-Sifan and to continue some of the work that I have been doing.”