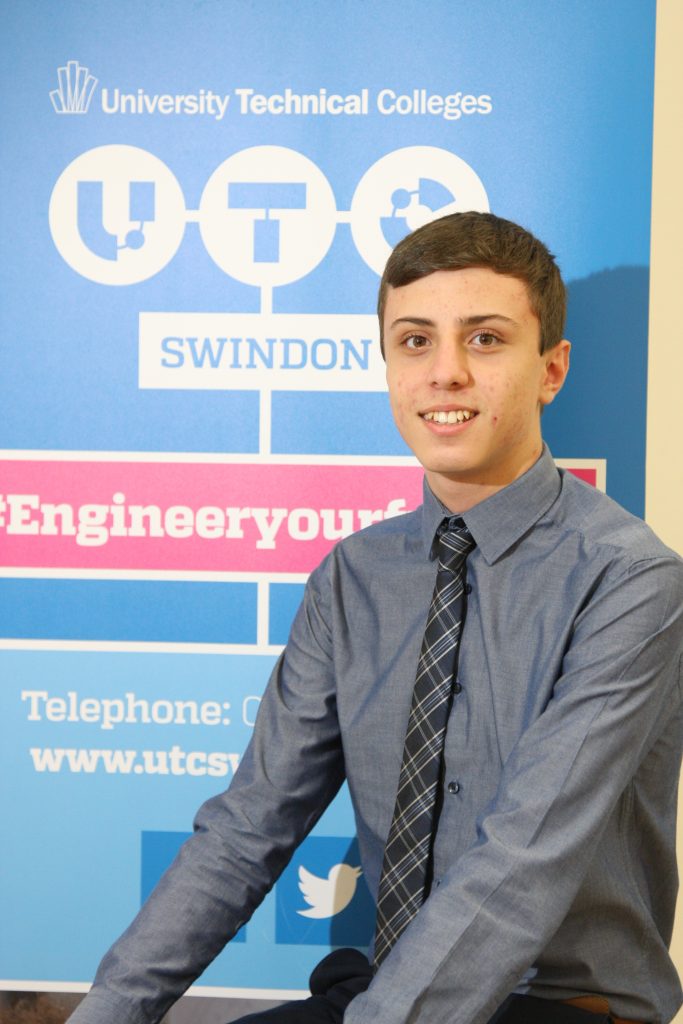 A UTC Swindon student has secured an apprenticeship with Rolls-Royce, after competing against around 30,000 applicants across the country.

After submitting an application form, cover letter and CV, Year 11 student James Jardim was required to complete some challenging online tests before being invited to an assessment centre. Following a long day of interviews and tests, James has now been offered an apprenticeship to begin once he has completed his summer exams.

James said: “I completed a week of work experience with BMW last year where I experienced some maintenance and I really enjoyed it, so when I was asked which areas I’d be interested in going into during the apprenticeship I said that was something I was keen to do more of.

“I’m eager to learn a variety of skills, which is good because I’ll be moving to different placements every few months. I’m not sure exactly what they’ll be yet, but I’m really looking forward to it.”

James’ apprenticeship will take him four years to complete. At first he’ll be spending four days a week in college and one day at the plant, before progressing to spending most of his time in the plant in his second year. In his third year he will be completing different placements all over the country.

James said: “I’ve always been interested in planes, cars and trains, which is why I’m so keen on engineering. Ever since hearing about apprenticeships I’ve wanted to do that more than going to university. It’s the practical side that appeals to me, as well as learning while I’m working and being able to build my skills and relationships within the company for four years which should help me when trying to secure a permanent job afterwards.”

James joined UTC Swindon at the beginning of Year 10. Commenting on why he decided to join the UTC, James said: “I knew engineering was something I was interested in and I liked the sound of being able to develop my practical skills in the workshop at UTC Swindon. In my previous school we were offered DT, but I wanted to learn at a higher level and coming here was a step up.”

“I’m glad I made the decision to join the UTC. When I was being interviewed for my apprenticeship, the company recognised the engineering focus and they were really impressed with the practical skills I’ve gained, so that was very helpful.”

We are delighted that James has managed to secure such a prestigious apprenticeship and wish him the best of luck.