“I will honour Christmas in my heart,
and try to keep it all the year…” 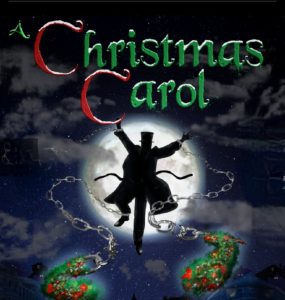 As part of their GCSE English literature course Year 11 have been studying Charles Dickens’ A Christmas Carol. They were lucky enough to get the opportunity to see a live performance from the fabulous Box Tale Soup at The Everyman Theatre in Cheltenham.

And a great time was had by all!

Aidan said “I enjoyed the trip – it was very cool to see a live show very close to us. They were very professional and good actors and executed the play amazingly.”

Emma added: “I was amazed by the play. Throughout the whole of the performance I was able to understand every character and the way only two actors were able to play every single character was astonishing. I thoroughly enjoyed how the actors opened the play with their phenomenal singing voices. Both actors are highly talented and I would recommend to everyone to go and watch their performance.”

Josh stated: “So, the play was overall outstanding in many ways, such as the lighting and how the actors had made all the props, the sound, and the acting. Their facial expressions…! This was also, dare I say it, the best play I have ever seen, and that every other play should be like this.”

Both Harrison and Kenzie liked the original style: ” I thought it was a very good play and enjoyed it. I liked the designs of the puppets,” and: “I thought all the puppets were different and the characters were great. I liked how the play was put together.”

A Christmas Carol is on until December 31 at the Everyman Theatre, Cheltenham.

Apply for Year 10
Apply for Year 12
Come along to our Open Event on Saturday 5 February and find out what a University Technical College (UTC) has to offer Register now!