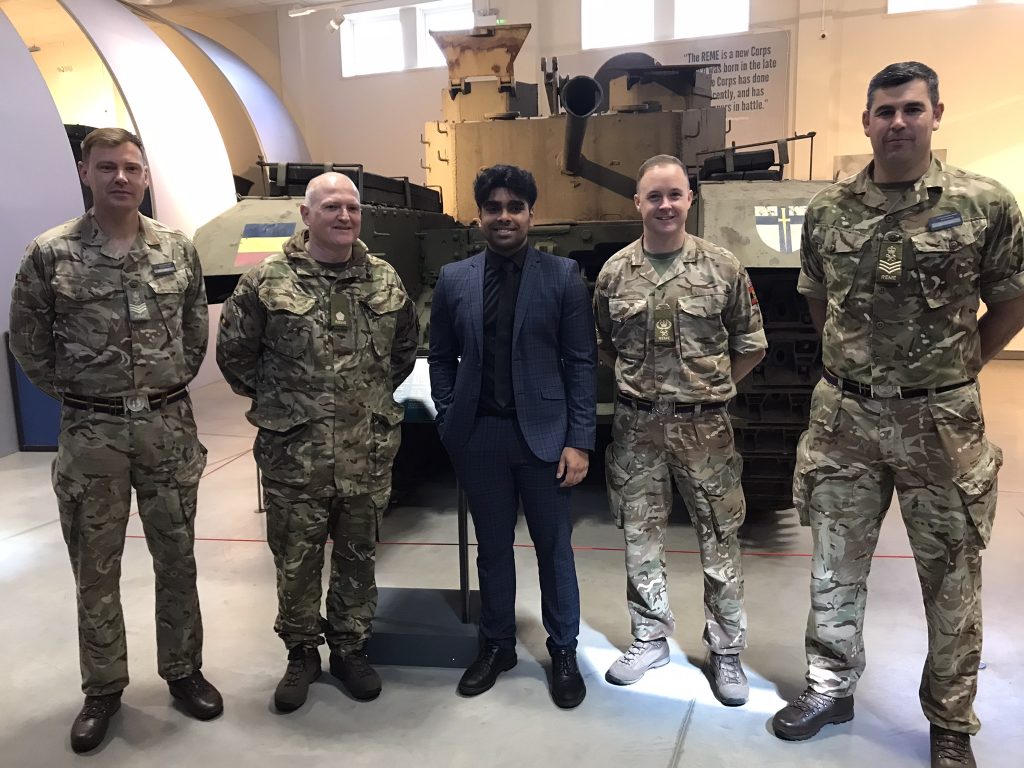 A UTC Swindon student has come a very respectable third in the finals of the REME Craftsman Cup.

Held at MOD Lyneham on Wednesday, 11 May, the final was the culmination of a nine-month project set by the Royal Electrical and Mechanical Engineers (REME), which aims to give youngsters a taster of what a role in the regiment could entail. There were a choice of challenges set based around adding innovation to current British Army equipment.

All the teams presented their ideas to a panel of REME Engineers, before being treated to lunch and a tour of the training hangers, where they saw a variety of weapons, ammunition, aircraft, tanks and had a tour of the REME museum.

The winning team – UTC Oxfordshire – impressed the judges and landed the Craftsman Cup with their design to hold a rifle onto a quad bike with electromagnets. 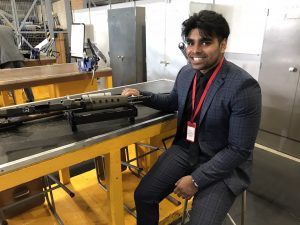 His solution was designed and manufactured in house all by himself using skills learned during his four years at UTC Swindon, which include welding, milling, metal fabrication, CAD and 3D printing.

Engineering teacher Sarah Crookes said: “Keegan did extremely well and we are all very proud of how well he did to come third in a really strong field.  He especially shone as he entered on his own and completed a working prototype.”

Keegan, who is applying for a career in the Royal Navy, said: “Just wanted to thank the REME and everyone who was involved as participating in the Craftsman Cup was a privilege as it truly tested me on my engineering capabilities, from manufacturing the final prototype to presenting and explaining how it worked. It was also thrilling to compete with other engineers my age to really push my knowledge in the field.”